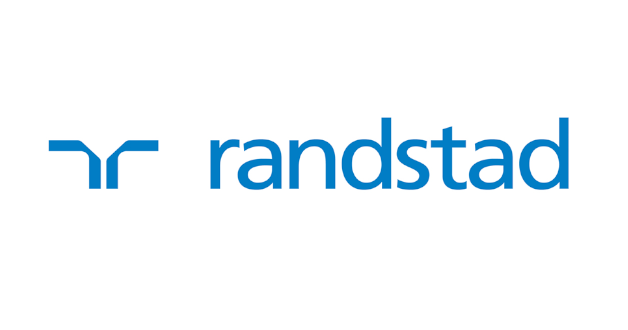 businesses need to step up, as millennials and gen z fundamentally change the employee-employer power dynamic - global survey of 35,000 workers.

Randstad's latest Workmonitor - one of the longest-running and largest studies of its kind, surveying 35,000 workers across 34 markets - has found that Gen Z and Millennials are driving a revolution in the employee-employer dynamic, intensifying the pressure on employers amid talent scarcity.

The survey reveals that the Great Resignation shows no signs of slowing, as 70% of all workers are open to new job opportunities and nearly a third of the young people surveyed (32% of Gen Z and 28% of Millenials) are actively seeking a new role. While workers don't lack loyalty, with a majority (60%) saying they feel committed to their employer, nearly half (49%) feel that if they were to lose their job, they'd be able to find a new one quickly, showing their confidence and comfort in the current job market.

Gen Z and Millenials in particular are ready to prioritize their overall happiness above their career, as nearly two in four (40% and 38% respectively) say they'd rather be unemployed than unhappy in a job, compared to only a quarter (25%) of Baby Boomers. Over half (56% of Gen Z, 55% of Millenials, 50% of 35-44 year-olds) said they'd quit a job if it prevented them from enjoying their life, while two in five (41% Gen Z and 40% of Millenials) say they have previously quit a job because it didn't fit with their personal life - ahead of more conservative, older generations (36% of 35-44-year-olds, 30% of 45-54-year-olds and 25% of 55-67-year-olds).

but employers aren't keeping up with talent demands

Amid growing expectations, employers are struggling to fulfill talent demands. Despite 83% of employees saying flexible hours are important to them and 71% saying the same for flexible locations, half of global workers (53%) feel they don't have any flexibility in terms of where they work and two in five (40%) can't control their working hours.

Sander van 't Noordende, Global CEO of Randstad, said: "Our findings should serve as a wake-up call for employers. There's a clear power shift under way, as people rethink priorities, choosing to put their personal fulfillment first and not being afraid to call it quits if a job no longer suits their needs. Amid talent shortages, businesses need to rethink their approach to attracting and retaining staff, or face serious competition."

Younger people are also forcing businesses to put purpose and values at the heart of what they do, as they want their work to align with their personal convictions:

Van 't Noordendeadded: "Young people want to bring their whole selves to work, which is reflected in their determination not to compromise their personal values when choosing an employer. Our research points to an increasing expectation from businesses to take a stand on social and environmental issues, which is unsurprising given the rise in employee activism many business leaders have experienced. Companies that fail to do so face an increasingly uphill battle when it comes to hiring and keeping talent."

You can read more detailed insights in the full report: https://www.randstad.com/workforce-insights/global-hr-research/randstad-workmonitor/

about the randstad workmonitor

The Randstad Workmonitor was launched in 2003 and now covers 34 markets around the world. The study encompasses Europe, Asia Pacific and the Americas. The study is conducted online among people aged 18-67, employed for at least 24 hours per week (minimum 90%) or sole trader or unemployed but considering looking for a job in the future. Minimum sample size is 500 interviews per market. The Dynata panel is used for sampling purposes.

Randstad is the world's largest HR services provider and is driven to become the world's most valued 'working life partner', supporting as many people as possible in realizing their true potential throughout their working life. We provide companies with the high quality, diverse, and agile workforces they need while helping people get rewarding jobs and stay relevant in the ever-changing world of work. In 2021, we helped more than two million people find a job that is right for them, advised 235,000 clients on their HR needs, from talent acquisition to total workforce management, and delivered training to over 450,000 people. We use data and technology to provide the right advice at the right moment at scale, while our consultants across almost 5,000 locations in 38 markets give talent and clients personal, dedicated human attention. It is this combination of Tech and Touch that makes our offer unique.

Randstad was founded in 1960 and is headquartered in Diemen, the Netherlands. In 2021, Randstad had on average 39,530 corporate employees and generated revenue of € 24.6 billion. Randstad N.V. is listed on the Euronext Amsterdam. For more information, see www.randstad.com

Randstad Holding NV published this content on 04 April 2022 and is solely responsible for the information contained therein. Distributed by Public, unedited and unaltered, on 04 April 2022 06:02:26 UTC.

Get free advice from financial professionals